-ESPN’s ambitious and exhaustive upcoming documentary on O.J. Simpson—O.J.: Made In America—is the best 30 for 30 documentary the company has ever produced. It is thrilling and uncompromising filmmaking—clocking in at seven hours and 43 minutes—and it will make you look at the most famous murder case in United States history with fresh eyes and under a larger prism.

Murphy had to go to the Emergency Room yesterday after the show. We are happy to announce that he is okay, although he gave us quite a scare. Stay hydrated everyone!

Thirteen years since Finding Nemo, it seems Disney Pixar wanted to make the premiere for sequel Finding Dory worth the wait. On Wednesday night, yards of blue carpet, animated sea creatures and actual live fish in a tank took over Hollywood Blvd. After the film was over, and everyone had laughed and cried, attendees emerged from the theater to a party in the street, complete with a mobile aquarium that let guests pet sea anemones. CLICK HERE for more details.

Sir Elton John said he’s heard a few songs from Lady Gaga‘s upcoming fifth studio album, but that we shouldn’t expect to hear anything before next year. “I’ve heard two or three songs from her new record, which she’s making with Mark Ronson, and it’s absolutely brilliant,” he said. “So you’re gonna be really happy when you hear that later in the year or early next year.”  CLICK HERE for more details.

Below are the movies out in theaters this weekend and their ratings:

Hear why someone is cursing Murphy Sam and Jodi after midnight! 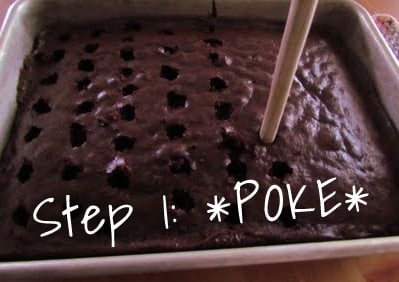 Make the chocolate cake mix and let the cake cool.  Then poke holes in the cake and pour the butterscotch on top.  Cover with cool whip.  Crush Butterfinger bars and sprinkle on top of the cool whip!