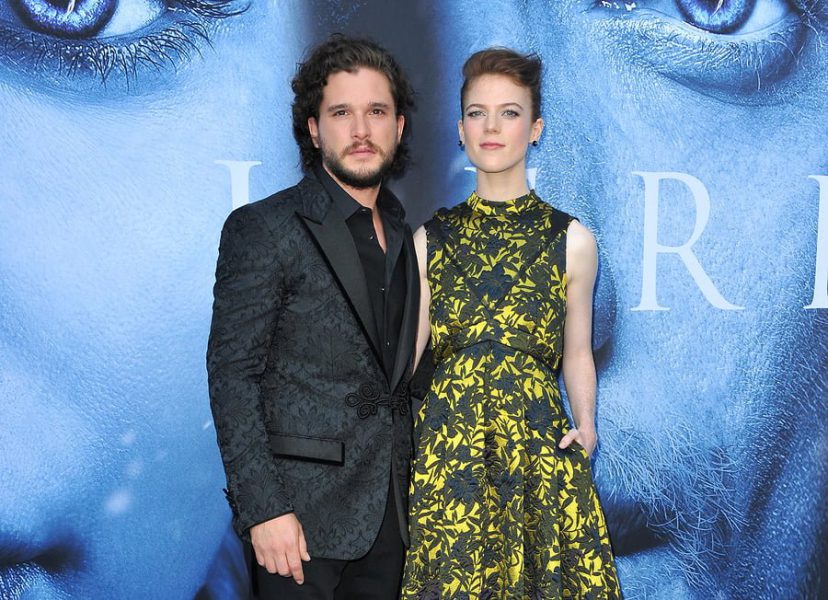 “She wants to know NOTHING about Jon Snow.   HAHAHAAAAAAAA!!!”

Jodi shares this Hollywood Outsider in the show podcast below. [starting at 2:48]

According to ET Online

Rose Leslie is not looking for any Game of Thronesspoilers! The 31-year-old British actress was killed off the hit HBO show years ago, but her fiancé, Kit Harington, is still alive and (not so) well as the beloved Jon Snow.

Leslie, who is currently starring on The Good Fight, noted that she is not interested in learning anything about the final season of GOT.

“Talk about being an avid fan, I obviously am of The Good Wife, but with Game of Thrones, I’m like the rest of the world. I’m waiting for the new and final season,” she explained to Seth Meyers on Monday night.

“I remember over the summer obviously the new episodes for the final season were coming through onto his iPad. I can read his facial expressions. I don’t want to know anything that’s going on within his eyes, so I sent him packing,” she explained. “I kind of boot him out so that he can go to the coffee shop, because I can gauge. If he stiffens, it’s like, ‘Ooo someone’s dead.’ And then my mind goes off.”