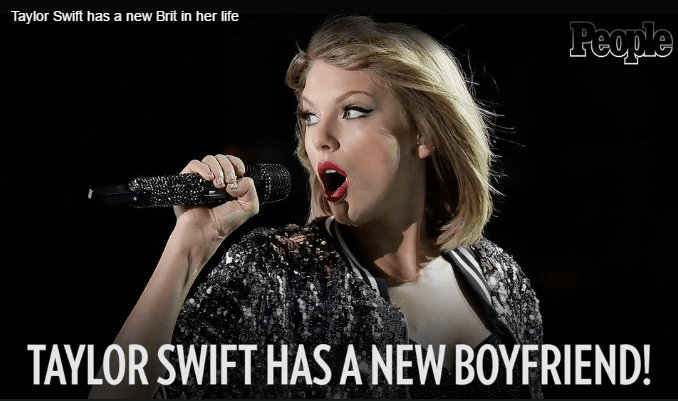 Taylor Swift has a new boyfriend – and  he’s another Brit!

(Jodi explains at 30:30 in the Hollywood Outsider)

The singer, 27, has been largely out of the spotlight since February and it turns out she’s been secretly dating actor Joe Alwyn, 26.

According to The Sun (who was first to report the news), Swift has been keeping the relationship under wraps by donning disguises while out and about with the rising star.

The Grammy winner has also reportedly been renting a house in North London while spending time with Alwyn, adds the outlet.