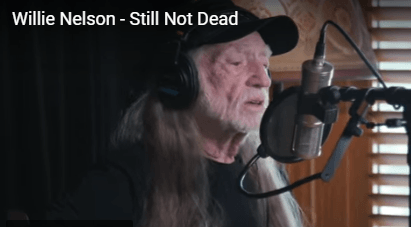 Willie Nelson has died time and time again — if you believe everything you read online. The country icon pokes fun at exactly this in a hilarious video for “Still Not Dead.”

The song, featured on his new God’s Problem Child album, out April 28, has Nelson singing of how he is certain he’s still alive, despite what the internet is telling him.

“Well I woke up still not dead again today,” Nelson sings on the song’s opening verse, “The internet said I had passed away. But if I died, I wasn’t dead to stay.”