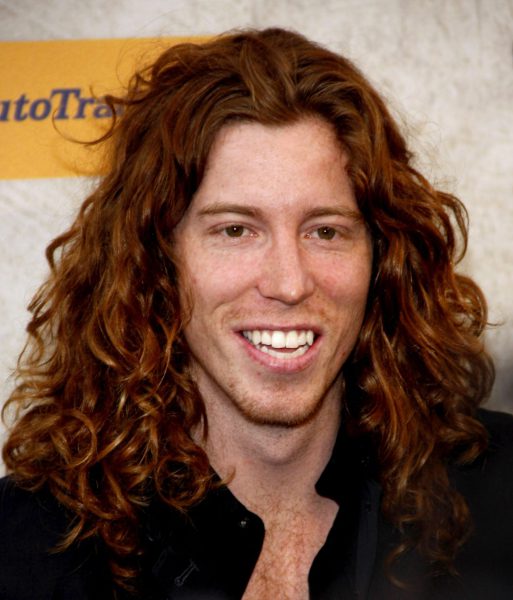 “I was SO nervous watching him – my stomach was tight.  He FLIES!  It was insane!”

And he did it in dramatic fashion, landing back-to-back 1440s as part of a final run that knocked Japan’s Ayumu Hirano out of the top spot.

With the win, White is now the first snowboarder to ever become a three-time Olympic champion. Twelve years after winning his first gold medal at the 2006 Torino Games, he is also the first American man to win the same individual event at three different Winter Olympics.

Much has been made of White’s quest for a third gold medal ever since a disappointing result at the last Olympics, where he finished fourth and lost his Olympic title to Switzerland’s Iouri Podladtchikov.

Podladtchikov was unable to compete in PyeongChang due to a recent injury, but there were two other riders considered to be White’s biggest challengers at these Olympics: Japan’s Ayumu Hirano and Australia’s Scotty James.

White, Hirano and James have all stepped up their riding over the course of this season with progressive new runs. In Tuesday’s qualifying round, all three put down heavy runs in an attempt to outdo each other, but they saved their biggest tricks for the final.

James came out on his first run and grabbed the lead after landing a technical run that included back-to-back 1260s up top and a switch backside 1260 — an extremely challenging trick that no other rider has ever done — at the bottom.