Jennifer Lopez – ‘World of Dance’
The “Shades of Blue” superstar is teaming up with NBC for a brand new dance competition series “World of Dance,” which has been greenlit with a straight-to-series ten-episode order. Described as an “unparalleled dance competition,” the winner of the new series will receive a grand prize of one million dollars. The show will feature solo artists competing against duos and crews in all genres of dance, including hip hop, krumping, popping, locking, tap, ballet, break dancing, ballroom, clogging, stomping and more. CLICK HERE for more details.

Lady Gaga – ‘A Star Is Born’
Lady Gaga has come to the rescue with reports that the pop star is replacing Beyoncé in the remake of A Star Is Born. The Born This Way hitmaker is said to have impressed lead star Bradley Cooper in auditions and is now set to star alongside the actor in the modern retelling of the Judy Garland classic.

‘Wolf of Wall Street’ lawsuit
In a massive lawsuit that reads like an international thriller, the U.S. government claims that well-connected fraudsters stole $3.5 billion from the Malaysian people and used it to buy New York condos, hotels, yachts and a jet. Some of that money was used to produce the Hollywood film “The Wolf of Wall Street,” according to federal investigators. CLICK HERE fore more!

Pokemon Live-Action Movie
Legendary Entertainment has won the rights to a Pokemon movie and is partnering with the Pokémon Company to launch the first live-action Pokemon film franchise with a “Detective Pikachu” movie. Legendary said details are being kept under wraps but added that the film will be fast-tracked for production to start in 2017. CLICK HERE for more details.

Prince Was Mystery Cash Buyer of ‘Purple Rain’ House Before Death
The little white house immortalized in the 1984 film “Purple Rain” was quietly bought by the very man who helped catapult it into a local landmark in Minneapolis. Prince paid $117,000 last August — eight months before his death — for the two-story fixer-upper. CLICK HERE for more details.

Couple finds each other on Match.com 25 years after being camp crushes. CLICK HERE for the full story. 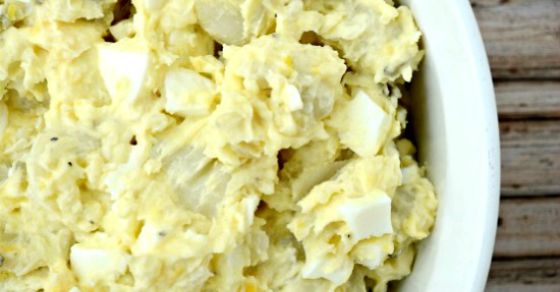 Slice up and drain the potatoes in a colander, and put in a big pot, then warm them (no water in pot!). In a separate bowl, put the egg yolks and mash them a little.  Add a splash of vinegar and stir. Transfer that yolk mixture into the pot with warm potatoes.   Add salt (to taste) and the chopped up egg whites, and mayo.  Use your eye to decide how much mayo.  Carefully stir it.  The light yellow color comes from the yolks – no mustard in the salad.   It’s mild and creamy.

You can add relish if you’d like.  My mother in law doesn’t. This is the basic, simple recipe.  Serve warm or chilled.

The Potato Salad Trick that Jodi got from her mother-in-law (Murphy’s Mom) is…
Used CANNED potatoes.  Yes, Jodi was also hesitant at first, but it saves so much time and is still delicious! You warm the potatoes in a pot and then drain the water and make the potato salad!

Murphy can’t close his wallet. He also can’t sit with it in his pocket. Is yours over flowing too?