Will showed up last week at 2 stations to do a little homework for a role he’s never played before. While he was there, we’re told he personally thanked the boys in blue for their hard work. Smith is set to star in the new movie Bright, coming to Netflix, where he will be playing a police officer in the supernatural cop thriller.  CLICK HERE for more.

‘The Joey Mac Project‘
Pop has given an eight-episode series order to “The Joey Mac Project,” a scripted show starring Joey McIntyre of New Kids on the Block. The half-hour comedy stars McIntyre as a fictionalized version of himself — a former boy-band singer trying to transition to a career in acting. CLICK HERE to learn more.

Supercalifragilisticexpialidocious! Julie Andrews & Dick Van Dyke to Appear in Mary Poppins Sequel?!
We already know that Emily Blunt and Lin-Manuel Miranda are set to star in the Rob Marshall-directed musical movie, but now I’m hearing…plans are also underway for Julie Andrews and Dick Van Dyke to appear in the film. CLICK HERE for more details.

Nick Jonas could be joining the ‘Jumanji’ reboot
Nick Jonas is reportedly in talks to join the cast of Sony’s Jumanji reboot. The film has already secured cast members Dwayne Johnson, Jack Black, and Kevin Hart. CLICK HERE for more.

Zac Efron: Why He Can’t Date
Having dated his High School Musical co-star Vanessa Hudgens for five years, then been linked with Lilly Collins, Michelle Rodriguez and model Sami Miro, the pinup says dating is about seeing somebody for the first time — something prospective ladies can’t do with him. As for online dating, the hunky 28-year-old says, “Amazingly, when I signed up for Tinder, nobody swiped me! They thought it was fake,” before pausing then adding, “That never happened. Aha-ha.” CLICK HERE to find out more!

Michelle Dockery and the Chances of a Downton Abbey Movie!
The actress best known as Downton Abbey‘s Lady Mary has seen major changes both personally and professionally in 2016 after she endured the unexpected death of her fiancé John Dineen in December – the same monthDownton concluded after six seasons. As for whether she’s ready to revisit her Downton past just yet, Dockery only issued a coy, “We’ll see …. I mean, I’m open to the idea of the film. I’m looking forward to seeing if that happens.” CLICK HERE for more details.

See Ozzy Osbourne Record Metal Voiceover for Disney Cartoon
Ozzy Osbourne makes a heavy metal cameo in an upcoming episode of animated Disney XD series The 7D, a modern update of the title characters from Snow White and the Seven Dwarfs. The Black Sabbath frontman and wife Sharon play the Duke and Duchess of Drear – parents of daughter Kelly’s character, witch Hildy Gloom. CLICK HERE to discover more or check it out below!

Amy Winehouse Foundation Opens Addiction Recovery Home for Women
On the fifth anniversary of Amy Winehouse‘s death, the Amy Winehouse Foundation announced it would open a London home for women recovering from drug and alcohol addiction. Amy’s Place will house 12 apartments with the capability of providing shelter and services to 16 women hoping to reintegrate into society after battling addiction. CLICK HERE to find out more!

Katy Perry On How Orlando Bloom Helped With Her DNC Performance|
She credited him with the line, “It’s not where you come from, but what you grow into.” Perry and Bloom have been dating since February, according to People, and with adorable shows of support like this, it’s no wonder they seem to be going strong. CLICK HERE for more.

Sitting too much can take a serious toll on your health, even raise your risk of early death. But if you’re stuck in your chair at a desk job all day, don’t despair — a new study suggests there is something you can do to reverse the damage. CLICK HERE to find out more! 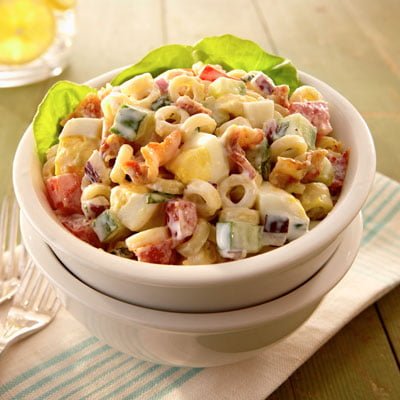 Why Jodi Got Fired From The Salon

Poor Jodi. Constantly being picked on by Murphy and Sam.

Jodi has been doing the 7 day spouse challenge. Well today we made her and Murphy share about one of their worst fights and of course Sam was somewhat involved. Check it out.