Mariah Carey Plans To Remarry, But Nick Cannon Still Won’t Sign Divorce Papers
Nick Cannon and Mariah Carey still aren’t divorced because the TV personality is reportedly stalling. A new report claims that Cannon, who filed for divorce from Carey in 2014, has not signed the paperwork that would officially end their marriage. CLICK HERE to find out more!

Simon Cowell praises ‘loyal’ One Direction boys… but fails to mention Liam Payne
The music mogul praised the “loyalty” of Louis Tomlinson, Harry Styles and Niall Horan, but failed to mention their bandmate, who recently signed a solo deal with a rival label. He said: “We’re in touch with them all. The great thing about all these boys – well not all of them but most of them – they are incredibly loyal and you don’t always expect that. “Niall, Harry, Louis – amazing,” he added. CLICK HERE to learn more!

CLICK HERE to see what other restaurants are offering hot deals this Friday.

Please don’t catch any pokémon while attending a Rihanna concert
Rihanna’s ANTI world tour touched down in Lille, France over the weekend, and she took some time out of her jam-packed set to make sure fans were focusing on her. CLICK HERE for the full story.

Britney Spears Confirms In Tumblr Q&A Her New Album Drops “Very Soon”
The princess of pop was vague regarding any question question about her upcoming record, but there were a few crumbs worth mentioning in her new chat with the Britney Army. Some highlights include:

CLICK HERE to read the full Q&A (in order)

Wait, is Ed Sheeran married?! Here’s the picture sparking the latest rumours
Sheeran’s friend (and fellow musician) Jovel shared a photo from his young daughter’s birthday party – but fans zeroed in on a massive ring on Ed’s wedding finger. CLICK HERE for more!

My baby girls 5th birthday party was lit! Even both godparents were in attendance finally lol

Star Wars Composer Surprises Young Musicians on His Lawn
13-year-old musicians Bryce Hayashi and Michael “Mickle” Miller paid homage to the franchise’s composer, John Williams, by performing the theme song on his front lawn last Monday. The trumpeter and flugelhorn player nailed the opening notes and—just as they had hoped—drew the musical legend out the front door. CLICK HERE for find out more or watch the video below.

Eating At Your Desk Is Terrible For You And Your Work
Beyond the gross-factor associated with the crumbs that amass between keyboard cracks, there are several health reasons why you shouldn’t be eating lunch at your desk. Here are three that are serious enough to convince you to take full advantage of your lunch break:

Producer Emilie’s youngest, Todd, is ready to be introduced to new, solid food. So Emilie is going to make him one of Mom’s favorite meals, her Spinach Feta Turkey Burger. Get the recipe below! 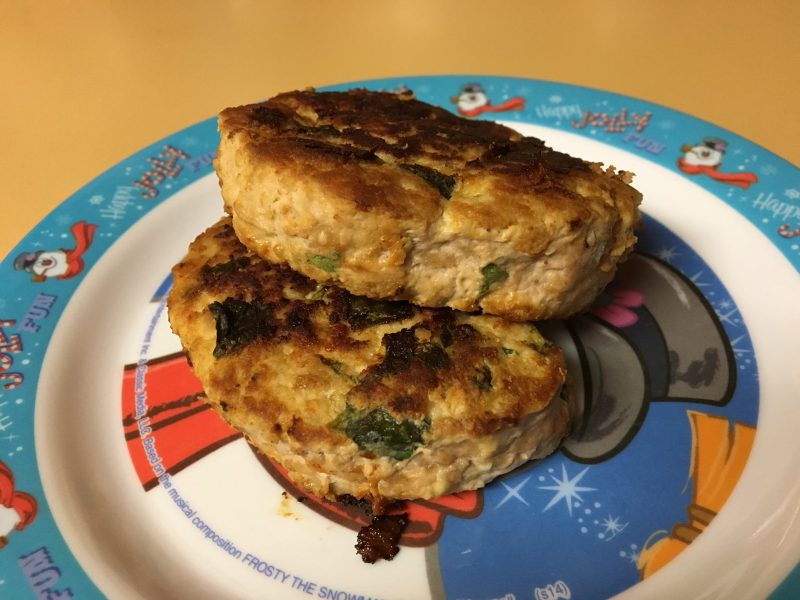 Crack egg into bowl and scramble a little.  Add turkey meat and feta cheese.  Then I rip the spinach leaves from the stem (discarding stems) and rip into small-ish pieces until it looks good.  I know that doesn’t help, so I’d guess it’s about 3-4 ounces worth!  Season as you like.  Mix all up with your hands and then press into patty makers.  Set stove to medium-medium high, drizzle some olive oil in pan, and cook on each side for about 6 minutes.

You can serve these on buns with your fave fixings, but we eat them without buns.  And I saute onions and mushrooms and put tit on top.